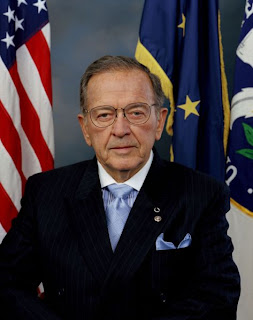 How much are the wars really costing?

A top Republican supporter of US involvement in Iraq says it's a lot more than the White House claims. From the Washington Post, quoting Sen Ted Stevens (R-AK) in a Decembber 18 floor speech:

'This cost of this war is approaching $15 billion a month, with the Army spending $4.2 billion of that every month.' Sen Ted Stevens (R-AK), the ranking Republican on the Appropriations defense subcommittee

The adminstration's estimate is about three billion a month below that: $11.7 billion. (WashPost)
Posted by Tex at Thursday, December 27, 2007 No comments:

It's been 66 years since Pearl Harbor. This tribute originally ran on December 7, 2006.

Tex
Terry "Tex" Turner spent 7 years covering Washington for 100 client television stations across the United States. Since then, he has been a webcasting & social media pioneer with a record of expanding audiences, market share, and audience loyalty.